Do You Believe Deeply?

Our friend Karen shared her grandparent pass to the Creation Museum and the Ark Encounter with Carey and me.

Both places are in Kentucky, 30-40 minutes from each other.

Better yet, Karen came with us and four of our grandkids (age three to ten) on the five to six hour drive.

We started the trip by going through downtown Nashville. It was three-year-old Ethan’s first time downtown. The older boys said, “There’s the Bat Building.” Ethan said, “I love Batman.”

It wasn’t long before the first child had to go to the bathroom. And it wasn’t long inside the Shell station before all started trying on animal hats that were on display. The station’s attendant loved the kids and wanted to take them all home.

We woke to Isaac and Ethan fighting in the angel army against all evil.

Later, Isaac, Lilly, and I were watching a TV show called “When Weather is Caught on Video.” We saw a propeller plane crash, hitting the snow-covered ground and immediately flopping upside down. No one was hurt – not even a scratch on the baby. Lilly said, “I wonder what that would feel like.”

I jumped face down on top of Isaac and Lilly, holding one under each arm, then flopped on my back, turning them both upside down. We all giggled.

The kids taught Carey and me how to sing Phineas and Ferb’s “Chicka wow wow” song.

Ethan has developed this habit of yelling, “Holy Spirit” at the top of his lungs. We enjoyed his Holy reminders all weekend and joined in with him. “Hallelujah.”

The younger three kids enjoyed teasing Japeth in the ark about his wife. Planners took “creative license” to make animatronics of Noah, his wife, sons, and daughters-in-law. Of course, one of Noah’s sons was Japheth. The younger kids enjoyed seeing Japeth’s wife at the Ark Encounter. Japeth just blushed.

I very much enjoyed both the Ark Encounter and the Creation Museum. Both are very well done with lots of technology to help communicate lots of information.

I’m sure I would have learned more if I had taken time to read all the information there, but young kids only have so much patience. And I wouldn’t have had nearly as much fun.

Finally, the same way information providers have distorted the truth to the point where we don’t know what we can believe in the news, it is often difficult to know what to believe in religious circles.

I didn’t think it would happen on this trip, but I came to an even deeper place of belief. I was – and am – a believer, but this trip gave me a new lens through which to see – and more earnestly believe – the events in the Bible.

You can’t remove all the need in the world today but there are lots of ways you can help. Ask God where you can believe and see better today. 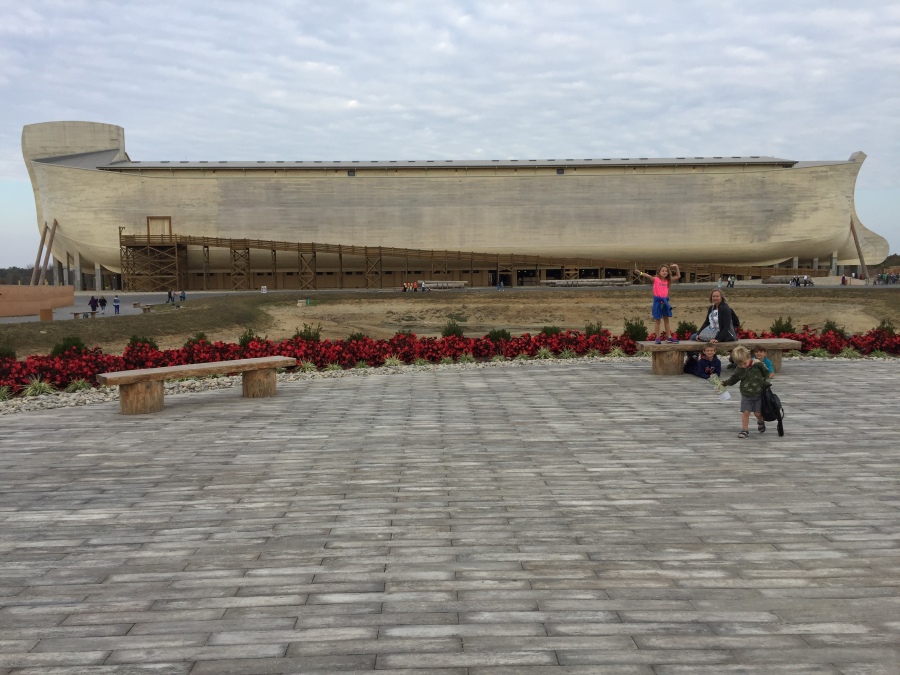 This site uses Akismet to reduce spam. Learn how your comment data is processed.

is to help you hear God - He is always talking to each of us.

Choose a column by date: